Broadweigh Bluetooth has been put to the test for the first time at the New York International Auto Show – a highlight of any motor enthusiast’s calendar and a place where cutting edge design and extraordinary innovation are showcased with displays from the world’s automakers.

Broadweigh’s US product partner Paradigm Rigging Inc supplied the kit to Hang Ten Rigging, who were hired by brand experience agency, Imagination Group, to oversee the rigging component of the build of the Ford booth, complete with lighting, video and scenic truss. 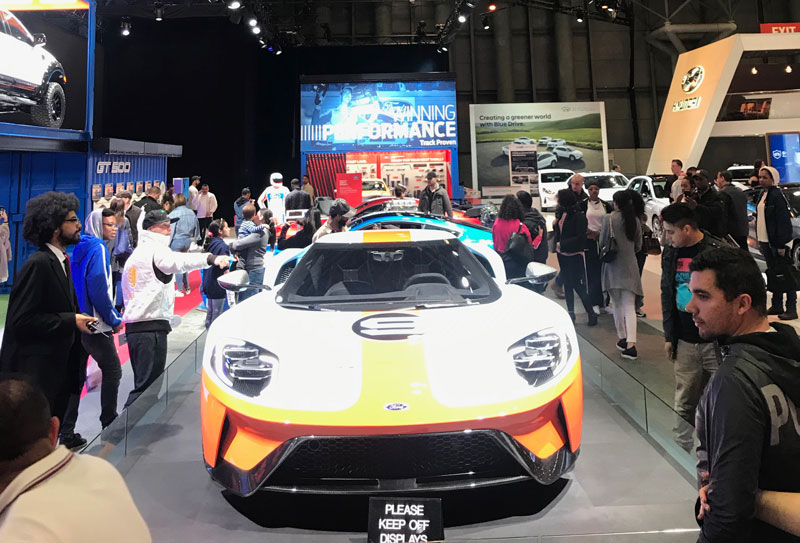 As the exhibit booths at these motor shows compete to be ever more impressive, the designs become more and more challenging. Michael Sorowka, managing director of Paradigm Rigging is no stranger to these events.

He explained: “Not only do the auto shows put the riggers to the test, but increasingly, the kit they use in order to build impressive, safe displays is also being required to do more. Load cells have become an absolute must, at times, in this industry – whether that’s because of weight restrictions imposed by the venue, or because we’re being required to fly cars above the heads of thousands of visitors. Sometimes it’s video walls and at other times lighting trusses, as was the case at this year’s show.”

In order to monitor the loads on the lighting truss, Michael loaned four Broadweigh Bluetooth load cells to the project.

The new kit allows the simplest load cell readings possible with a device that everyone is walking around with in their pocket– a smart phone. That convenience is perfect for allowing quick weight checks, and easy monitoring for any rigger working on that project. Having the ease to share the file with anybody else running the phone app, extends the load cell weight information available, right into the palm of the rigger’s hand.

Broadweigh Bluetooth sets itself apart from the original Broadweigh system on uses where a full receiver and laptop combination might not be necessary, or where the simplest readings are required. Also combined with shorter range environments such as hotels, ball rooms, or spaces where just quick weight checks are needed, the Bluetooth load cells really shine.

“The app is really intuitive”, continued Michael. “With smart phones being such a commonplace in our day to day lives, the ability to easily drop cells into projects, pick the output weight units, and choose multiple different visual tiles allowing for quick setups and edits to projects, is a huge bonus.”

Broadweigh Bluetooth is particularly good at allowing the quickest object weighing as possible. “This is a notable split between the flagship Broadweigh line, where system usage and project setups have to be much more deliberate and pre planned,” explained Michael.” However, the flexibility and performance of the original kit warrants this planning and setup. With the Broadweigh Bluetooth model, a new addition to the rig or temporary need to weight an object can be expedited in just minutes, without the need to pull out any other handheld receivers or laptop programs.”

“Setups are similar in principal to the original Broadweigh system but vary slightly in the workflow from using a direct phone app to configure the cells with the Bluetooth line to laptops with the full line. Viewing also differs between the two, where the phone app displays “tiles” to view your data on, which is perfect for limited channels of use, but the full kit allows customized visualisations for your specific rig, which is a huge asset to have with many cells in play. “ 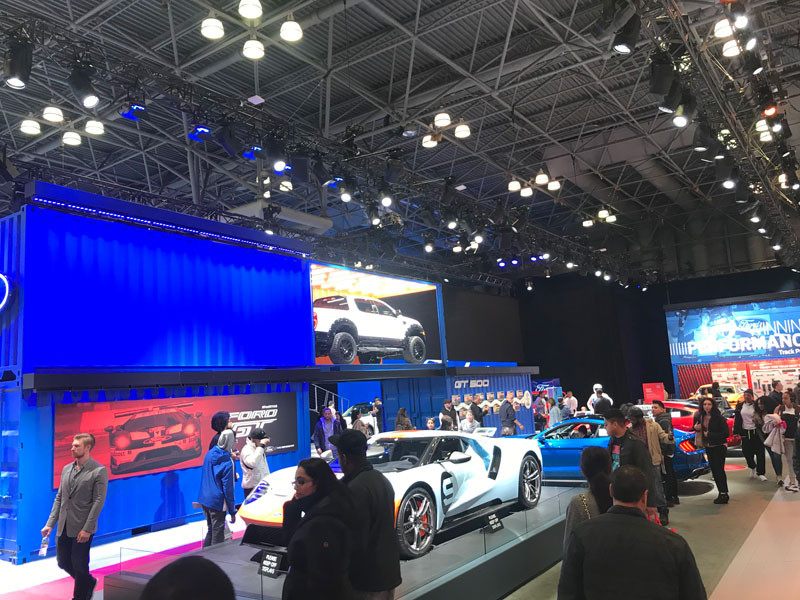 The cells were configured sending 10 samples / second while loading in that truss for the higher response rate, then backed that down to 1 sample / second during the run of the show to conserve the battery life.

Michael concluded: “Rigger Joe Harrison was a big fan of the simplicity of Broadweigh Bluetooth, citing the simplicity of the system and ease of app usage, especially during his busy schedule. Having to pull out a laptop to check the four cells in use would have been an added hassle for him with so many other things on the go but being able to look at a phone really gave him no reason not to check in on how the weights were responding.”